Sign up to our newsletter to receive the latest DMR news and happenings straight to your inbox! 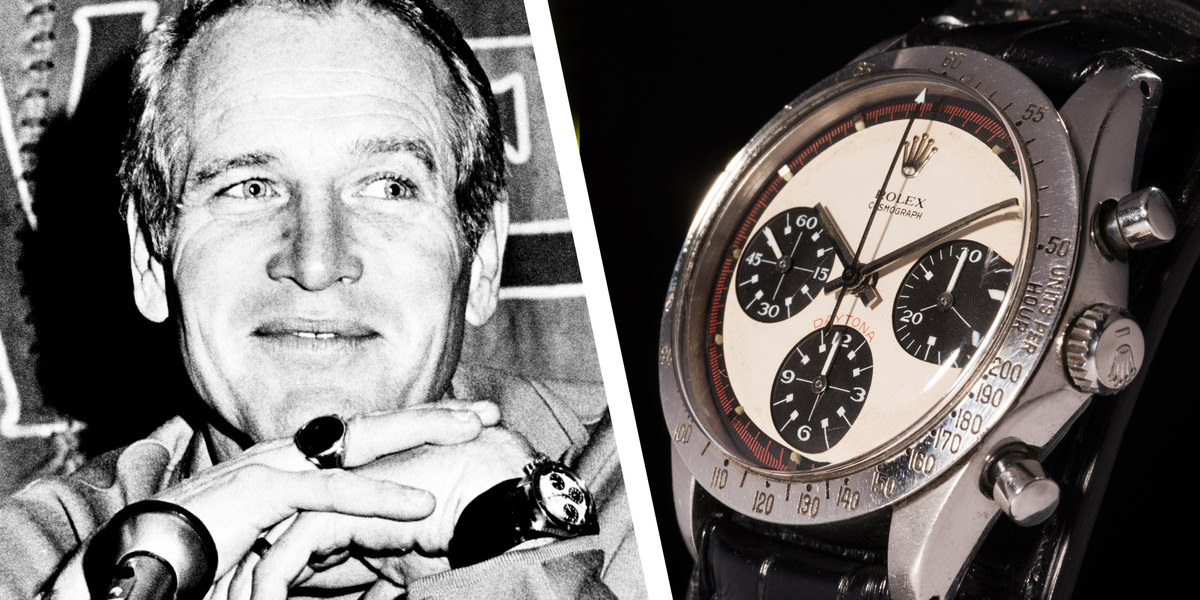 Fetching the highest ever price for a wristwatch in auction, the Rolex Daytona- seen first in the 1969 movie “Winning” and then on many occasions following this- sold to a telephone bidder for a staggering $17.8m after 12 minutes of bidding in New York City. Safe to say that will be the most expensive phone call they have ever made!

Having been on the wrist of Newman for almost 15 years, it quickly became the holy grail for the avid watch fan. Presumed lost for decades, the watch was recently discovered prompting international excitement when announced that it would go under the hammer.

A gift from his wife Joanne Woodward in the late 1960s, the Rolex Daytona was of little interest to the vast majority of watch collectors at the time, its exotic-dial and colouring being deemed garish by many, meaning Rolex kept supply pretty low. However, as will all things, we want what our idols have… and the Newman Daytona laid the foundations for the pre-owned Rolex watch market as we know it today. With a growing trend for the untouched vintage timepieces on the market, the Newman Daytona fits perfectly into modern market, with marks and scratches left by an icon.

Inscribed “Drive Carefully Me” across the case back, the piece was a gift from a concerned wife who wanted to offer gentle support to her husband and his new found love of racing. It wasn’t just any old watch, owned by any old guy. It remains the most famous watch in the world due to the unknowing ripple effect started by Newman which remains visible today, with the Rolex Daytona resembling a fast paced wave that shows no sign of slowing. From then on, the Rolex Daytona has remained the most sought after piece for any Rolex authorised dealer, including DMR.

So whilst we may not all get our own slice of the Paul Newman pie, the pre-owned watch market remains an exciting world for the avid watch collector. Contact your local DMR showroom to learn more about our own pre-owned selection, through DMR Second Time.

As well as traditional skills that have been used

Straight from the workshop and into the expert car

It was on a small workbench where the DMR story be

Inspired by it's name, each piece within our 'Clou

© David M Robinson
Credit subject to status and affordability. Terms & Conditions Apply. David M Robinson Ltd are a credit broker and are Authorised and Regulated by the Financial Conduct Authority. Credit is provided by Hitachi Personal Finance, a division of Hitachi Capital (UK) PLC Authorised and Regulated by the Financial Conduct Authority.
We use cookies to ensure that we give you the best experience on our website. If you continue to use this site we will assume that you are happy with it. View our Privacy policyAccept