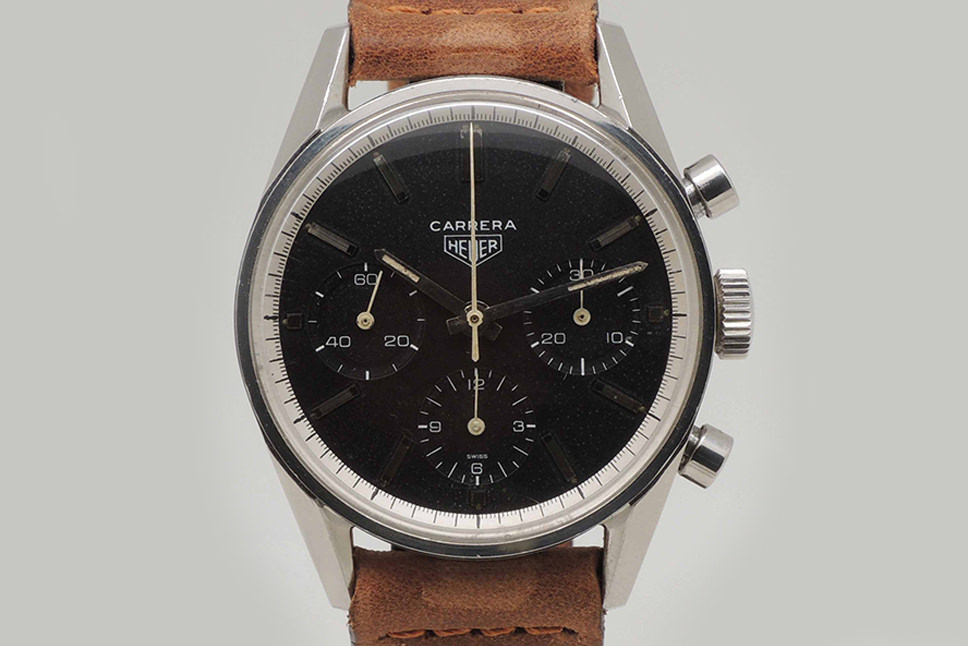 The Carrera is named after the challenging Carrera Panamericana car race which wound its way through the country’s varied terrain. In 1962, new Heuer owner Jack Heuer was inspired by stories of the defunct race and decided to register the Carrera name for his brand.

Jack Heuer was keen for his new design to be clean, simple and easily legible – moving away from the established “busy” style found in chronographs at the time. Inspired by modern design and architecture, Heuer also sought the most up to date watch making technology to further refine the look and functionality of the Carrera and used a new crystal to increase the water resistance of the watch. All of this was placed in a diamond polished steel case and the Carrera was born.

3 – Sharing The Stage With Rolex And Omega

The first series of the Carrera shares its dial and movement with Rolex’s Daytona Chronograph and the Omega Speedmaster of that era has the same dial and numerals.

The Carrera fell out of production in the years after it was first introduced, only to be re-launched in 1996 following TAG’s IPO stock market floatation in that year. The 1996 models were faithful reproductions of the 1964 Carrera and the new collection was launched by Jack Heuer at Italy’s Monza race circuit.

The 2000’s saw the Carrera become a permanent fixture in the TAG collection, bringing the watch away from being a retro novelty to its deserved position as an horological icon. The Carrera celebrated its 50th anniversary in 2013 and TAG are intent on expanding the range while staying close to its rich history.