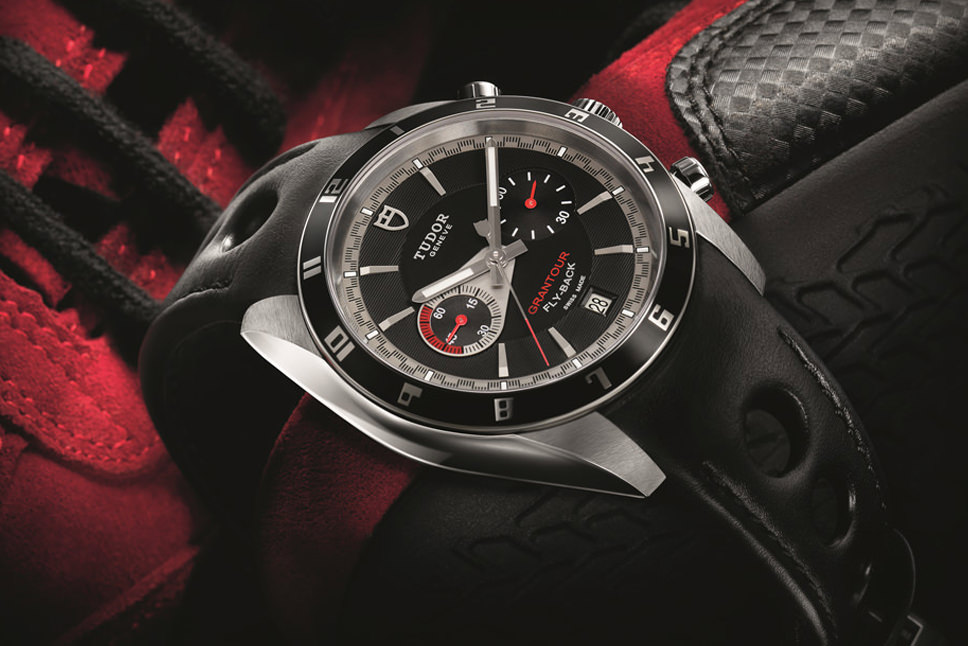 Although it is the younger brother of the Rolex brand, Tudor was formed by Rolex founder Hans Wilsdorf to provide more accessible and affordable watches to those that cared about timepieces. It wasn’t simply an operation to make the same watches but at a lower price. It was a calculated move to provide the market with watches that carried the same promises as Rolex but with a more affordable twist. Wilsdorf himself stated:

For some years now I have been considering the idea of making a watch that our agents could sell at a more modest price than our Rolex watches, and yet one that would attain the standards of dependability for which Rolex is famous.

Many years on, and Tudor Watches stand firmly by themselves as a respectable and quality watch company.

Tudor made their mark on the industry with their Tudor Oyster Prince model, which became a long standing symbol of the company. They always utilised all of Rolex’s technical developments, such as the automatic movements and waterproof Oyster case, and whilst doing this they have never reduced any of the strengths or functionality. The Tudor watch was truly becoming a stand alone brand that embodied everything Wilsdorf wanted from his new company.

Tudor continue to improve upon the legacy they began to build when they were born out of Rolex all of those years ago. We’ve taken a look at some of their more recent and impressive timepieces. Inspired by the 1954 edition of the Tudor Submariner piece, the Tudor Heritage Black Bay is a perfect combination of the past and present. Winning best revival prize at the the Grand Prix d’Horlogerie de Geneve in 2013, the Black Bay draws inspiration from the same aesthetic codes that have benefitted all the diving watches before it. With characteristic “Snowflake” hands and a blue luminance, the face is designed for readability and style, with all three choices of colour bearing their own credibility, the chocolate on black, the all black model and the icy blue model all strike dominating figures when worn on any wrist. The piece is designed predominantly for a black fabric strap, but does come with either an aged leather strap or a satin steel bracelet. All three choices do the watch an immense justice and don’t detract from the style. The Heritage Ranger continues the theme of inspiration from the past. In much the same way that the Black Bay draws upon the Submariner, the Ranger draws upon the model of the same name from the late ‘60s. Slightly larger than its predecessor, the Heritage Ranger has a distinct feel of nostalgia combined with a modern touch. The combination of black watch face accented by a tan bund bracelet gives the piece a feel of the outdoors, a feel of the hunter striving to survive. The crown is engraved with the traditional Tudor rose that stood as the company’s branding for many years before the shield became commonplace. This timepiece evokes all sorts of imagery with the great outdoors and is a perfect nod to the past. The staggeringly robust and stylish Tudor North Flag is designed for the modern day adventurer. With its soul belonging in the coldest and most remote parts of the planet, the North Flag is described as being “a finely honed scientific instrument of unprecedented technical content”, and it’s difficult not to agree with those sentiments. Being one of the first Tudor watches to be fitted with their own in house Tudor movement – MT5621 Movement- the North Flag boasts reliability, precision and sharpness. With a stunning black watch face set with luminescent white dials with a yellow accent, the North Flag symbolises the feel of the modern adventurer. Another one of Tudor’s watches to feature the Tudor MT5621 in house movement, the Tudor Pelagos, is a quintessential divers’ watch. Available in matte black and matte blue, the Pelagos is beautifully designed for maximum readability with large hour markers and their synonymous “Snowflake” hands that are luminescent blue – the last colour on the spectrum to be discernable at large depths. The watch features many impressive features: Tudor’s patented auto-adjustable buckle is designed to be adjusted during a dive, with the buckle itself contracting when at compressed pressure and expanding again when the pressure drops. The watch is also fitted with a helium escape valve that allows for the built up gas to be released at great depths when the harmful gas can leak into every watch, even waterproof pieces. The FastRider Black Shield is a superb example of robustness and style combined into one. The watch is originally inspired by the Ducati Diavel Carbon motorcycle and was made in 2013 in collaboration with Ducati to celebrate the partnership which becomes very apparent with the matt black and red model. Recently launched in 2015 the striking combination of sharp white on matte black gives this watch a distinct look and one that facilitates the ease of use when at the helm of a powerful motorbike. Waterproof up to 150 metres, self winding and practically scratch proof: the FastRider Black Shield is the ideal timepiece for anyone in need of a powerful looking watch.