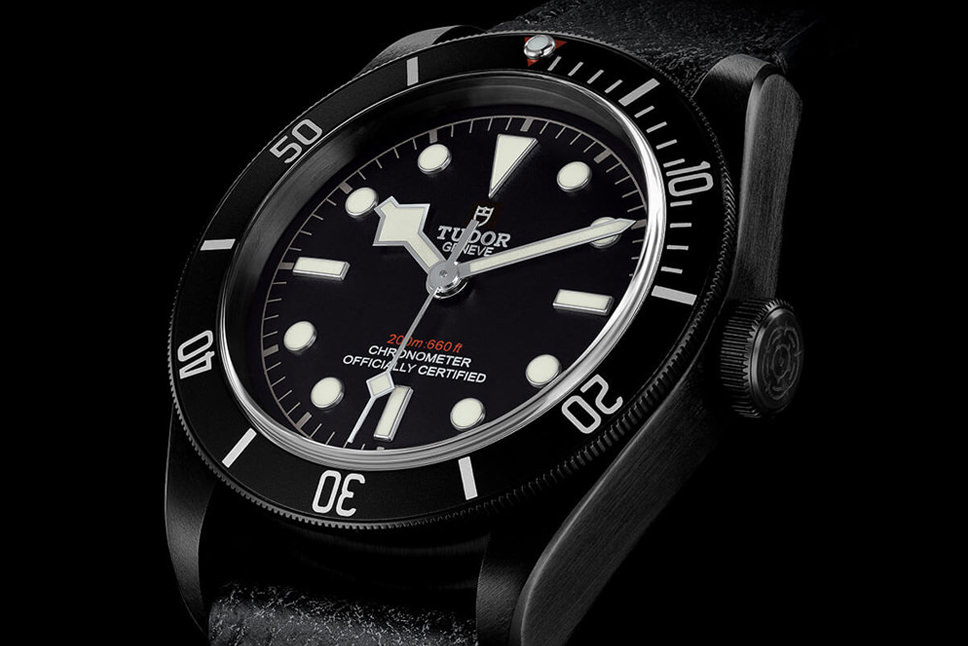 It features the particularly prominent winding crown from the famous 7924 reference of 1958, aka the “Big Crown”, while its characteristic angular hands, known as “snowflake”, were borrowed from Tudor watches used by the French National Navy in the 1970s. The indication of guaranteed water depth engraved in red on the dial and the red triangle on the rotatable bezel are also key design features inspired by history. The characteristic features of the Heritage Black Bay Dark model centre on the 41 mm wide steel case, finished with a black PVD-treated coating. Directly derived from the thin film technology originally developed by NASA for its various space programmes, PVD or “Physical Vapour Deposition” enables practically any inorganic material to be bonded with metals. The Heritage Black Bay Dark has an entirely satin finished matt finish, giving it the appearance of black military utility equipment. The history of the Tudor divers’ watch dates back to 1954 and the launch of reference 7922. The first in a long line of ergonomic, legible, accurate and robust divers’ watches, it perfectly embodies the approach formulated by the American architect Louis Sullivan, according to whom the form of an object must follow its function. Furthermore, it laid down the aesthetic and technical foundations of an ideal divers’ watch, those of an understated, functional and reliable tool. The sixty years that followed the launch of the original 7922 saw the constant improvement of the Tudor divers’ watch and each model gained unanimous acclaim from professionals in the field, including some of the greatest military navies in the world.