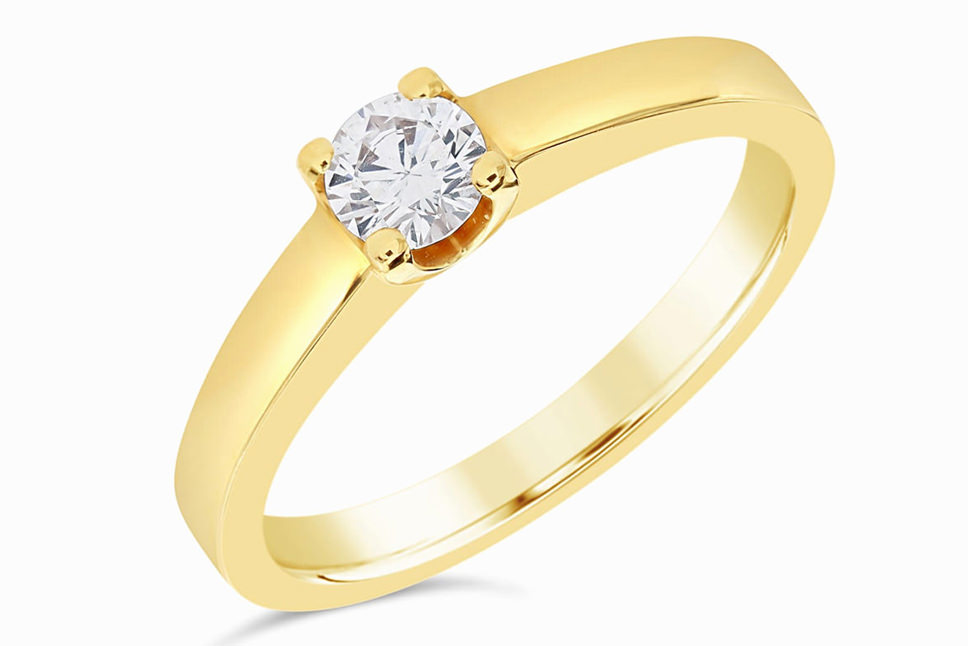 All diamonds begin life in an unaltered form, this is usually referred to as the “rough”. A lot of diamond roughs exist as a shape known as an “octahedron” – imagine two four sided pyramid shapes stuck together at the base, just not as refined as a pyramid – before they are cut and polished to resemble the diamonds we all know and love. As weight plays a very large part in the value of a diamond, instead of a clean cut straight through the middle of the rough, most cuts will be just off centre, creating a larger diamond and a smaller one.

As most people will point out, the cut of a diamond does not refer to its shape, however, it is extremely easy to become confused by the differences, especially as shapes are often referred to as “cuts”, e.g. Princess Cut or Round Cut. Essentially, the shape of a diamond is just that: the shape. The cut refers to how the diamond has been cut to reflect light and increase the beauty and sparkle of the diamond. A poorly cut diamond might still be a Princess diamond in shape, but the cut will let it down and deny it of the sparkle it deserves.

When a diamond is being cut, facets are created that act like light-dispersing mirrors. The greater quality the cut, the greater the light that is reflected. A round-brilliant-cut diamond, for example, typically has around 58 facets, and as you can imagine 58 well cut facets reflect a lot more light than 58 poorly cut facets.

There are 10 different types of shape when it comes to diamonds. The most popular is without a doubt the round brilliant, with princess cut and oval cut a close second and third. Lesser known and more unconventional shapes such as the marquise, pear and asscher cut are also starting to increase in popularity as more and more people are beginning to seek more unique pieces.