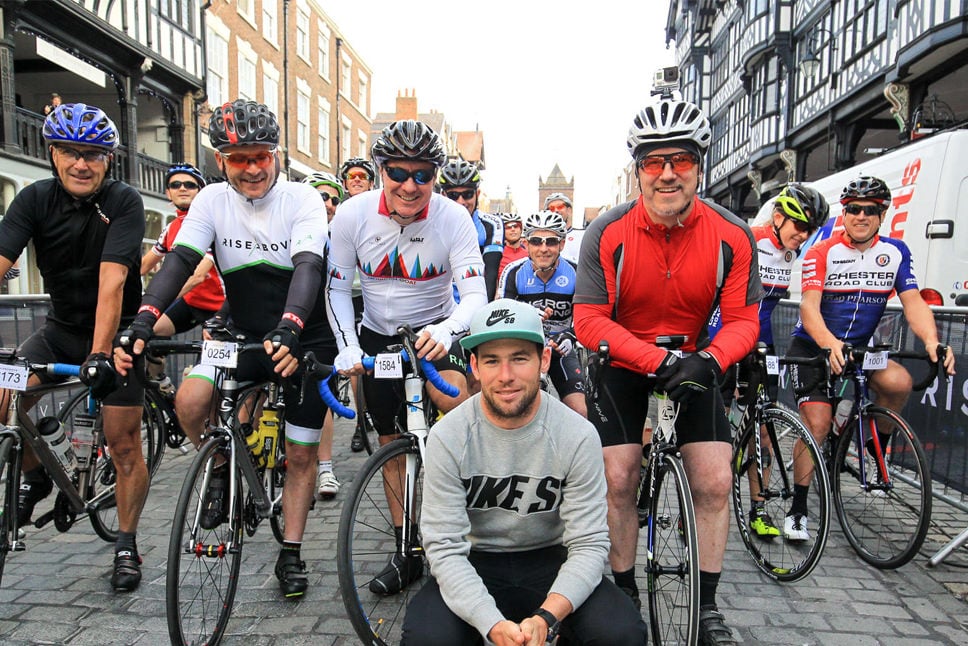 The Sportive, which helps to raise funds and awareness for charities Help For Heroes and Right to Play, had three taxing routes which took participants across North Wales and Chester, with the event starting and finishing in the northwest city.

David M Robinson were proud to be sponsoring the event for the second year running as well as being the official time keepers of the Timed Climb.

Alongside the participants, this year there were some recognisable faces taking part. Cyclists Steve Cummings and Matt Stephens rode the course as well as the man himself, Mark Cavendish. There were many inspirational stories at this year’s Sportive and DMR couldn’t be prouder to be associated with an event that helps raise awareness for not only their two chosen charities, but also with every individual’s chosen charity. We’re very much looking forward to next year’s Sportive and hopefully we can replicate the great memories that were made at this year’s, including the free burgers at the end! So, from everyone at DMR, “Chapeau!”