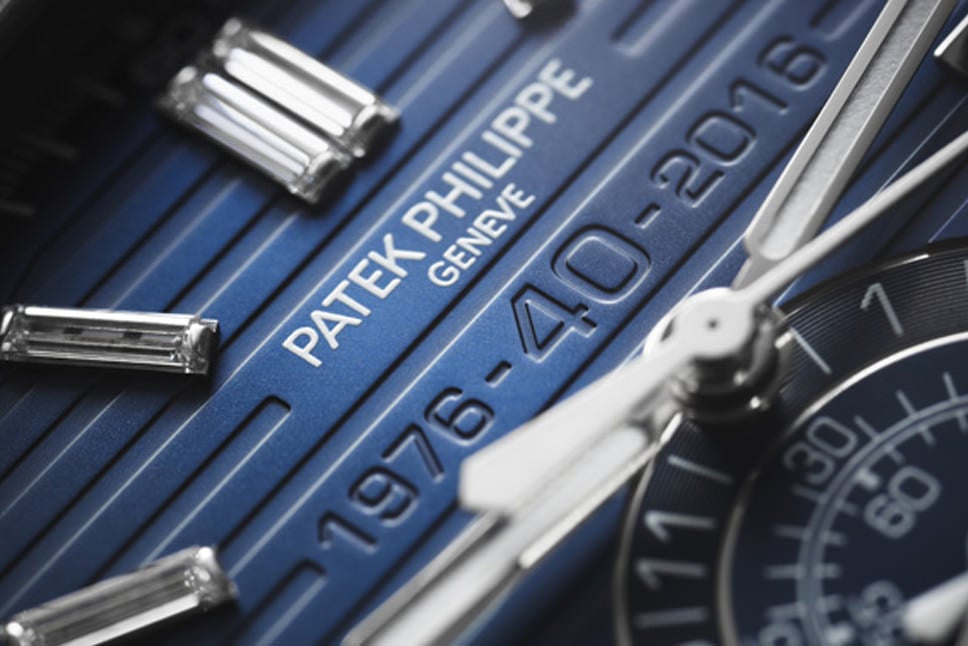 The 1970’s saw the world in a state of change. The sombre feeling of the post war years was finally beginning to subside and as cultural and economic affluence grew people began to work to live, rather than live to work. Philippe Stern, the son of Patek Philippe’s owner Henri, was the embodiment of this feeling. His family had owned the respected watch manufacture since 1932 and Philippe decided it was time to shake things up and give the watch world something new. Collaborating with gifted watch designer Gerald Genta, an innovative timepiece began to take shape, one unlike any seen at Patek Philippe or in the entire watch industry for that matter: the Nautilus Ref. 3700/1A. Bucking the prevailing trend of sleek, gold watches, this bold design was made of steel. It was water resistant to 120 meters, a sensation at the time and unlike any other wristwatch, it embodied a maritime, nautical aspect: Philippe Stern was a passionate skipper and successful regatta contestant on Lake Geneva.

Designed to resemble portholes from grand ocean liners the Nautilus also evoked images of its namesake; Captain Nemo’s submarine that Jules Verne dispatched on a perilous expedition in his book Twenty Thousand Leagues Under the Sea. Patek Philippe also explored uncharted territory with the Nautilus launch advertisements with headlines such as “One of the world’s costliest watches is made of steel” and “It goes with a wetsuit as well as with a tuxedo”. Pioneers don’t always have an easy start. However within a few years, it turned out that the argument behind the Nautilus – casual AND elegant – carried far more weight than concerns regarding the size of the watch and stainless steel as the case material. Those who possess an original Nautilus Ref. 3700/1A today own not just a milestone in horological history but also a precious collector’s piece envied by scores of watch enthusiasts. The limited-edition Nautilus models launched on the occasion of the 40th anniversary subtly allude to the history of Patek Philippe’s first casually elegant model family. The Ref. 5711/1P with the 40-mm platinum case pays tribute to the original Nautilus Ref. 3700/1A “Jumbo” dating back to 1976, while the 44-mm Nautilus flyback chronograph Ref. 5976/1G salutes the tastefully redesigned 30th anniversary Continued 3 collection introduced in 2006. Both models feature a blue dial with diamond hour markers, the typical Nautilus embossed decor, and a discreet recessed anniversary logo.